5. Pirates of the Caribbean: Dead Men Tell No Tales 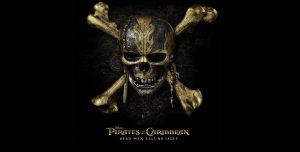 Review:  Pirates of the Caribbean is one of the famous and highest grossing movie series in the franchise. We have a separate group of fans and this movie always creates a buzz before its release. The last edition of this series doesn’t satisfy the major part of the fans as expected. After six years, now we have the fifth part of this series which definitely can be expected to have a better impact on screens. This movie is a fantasy film and is based on the sea adventures of the Captain Jack Sparrow along with his crew. Johnny Depp plays the lead role as Jack Sparrow and this character has already created its own tradition. On this edition Captain Salazzar, old rival of Jack Sparrow escapes with his crew and takes revenge on all the sea pirates including Sparrow. This film also features the return of Orlando Bloom as Will Turner following his absence on the previous edition. Joachim Ronning and Espen Sandberg directed this movie and it’s produced by Jerry Bruckheimer. The visual effects and music on the trailer seems to be more impressive and this increases the excitement among fans. This film is distributed by Walt Disney Studios and is scheduled to be released by May 2017.