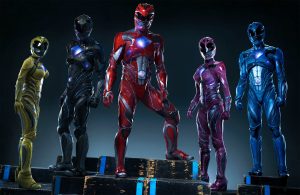 Review: Power Rangers is an upcoming superhero action movie which is based on television series of the same name. In 1995, the first Power Rangers production released the movie under the name of Mighty Morphin Power Ranger. This film acts as a re-image of the previous edition and the game series, which includes 5 teenagers who were selected and given the super natural powers for saving the world. The story is all about how the 5 young teens get selected as power rangers; find their powers and transform as super heroes fighting against their threat. The animations and stunts are expected to be different in this movie because each power ranger possess an individual skill of their own, so all expect them to be as a power ranger throughout the movie but not only at the end. Dacre Montgomery plays the role of the red ranger and the leader of the team while Naomi Scott is the pink ranger and the love for red ranger. RJ Cyler, Becky G and Ludi Lin play their roles as blue, yellow and black rangers respectively. In this movie the power rangers are up against a mighty witch, Rita Repulsa who wants to capture the world using her evil powers. Elizabeth Banks plays the role of Rita Repulsa. This movie is directed by Dean Israelite and distributed by Lionsgate Saban Films. The movie is scheduled to be released by March 2017.