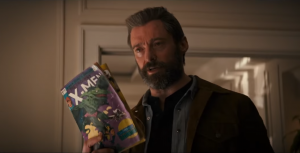 Review:  This movie revolves around a Marvel Comic character Wolverine which is a part of the X-men series. Wolverine is one of the mighty characters of X-men and it earned a very big reputation for the role as it was played perfectly by Hugh Jackman. Logan is set to be a one last individual stand of Jackman as Wolverine after his 17 years of campaign on this role. This movie features Wolverine to be totally as a different person from the other X-men movies. This character is featured as a mutant who possess powers of keen senses, enhanced physical capabilities, six retractable sword like bone claws and quick healing power. Logan is trying to hide himself from the natural world for the rest of his life and also protect Dr. Charles. However, things are getting changed when a small girl who is also a mutant like Logan joined him. The story is mainly based on these three characters and how they continue their legacy against the dark forces. Patrick Stewart plays the role of Professor Charles Xavier and Dafne Keen as Laura, who is the young mutant. This is the third edition featuring only Wolverine, followed by the success of X-Men Origins : Wolverine in 2009 and The Wolverine in 2013. The movie is directed by James Mangold who also created the second edition. This film is distributed by 20th Century Fox and scheduled to be released by March 2017 in IMAX formats.