Friends, Hollywood in 2017 will be power packed with the releases of all Super hero action based, science fictional and terrifying horror based movies. Most of these releases are sequential and part of old releases. However, apart from the top ten that are listed, there are few other movies also much awaited by wide range of fans. They are, Transformers: the last knight (June, 2017), Star Wars VIII (December 2017), War for the planet of the Apes (July 2017), Resident Evil: The Final Chapter (January 2017), Thor: Ragnarok (November 2017), Kong: The Skull Island (March 2017), The Mummy (June 2017), Alien: Covenant (May 2017), Cars 3 (June 2017) and Amityville: The Awakening (June 2017). This summer is going to be purely amazing for all Hollywood fans. 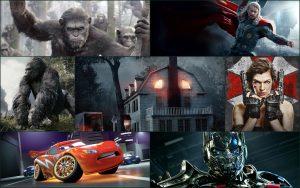 The Top ten list of much awaited Hollywood releases of 2017 are as follows,