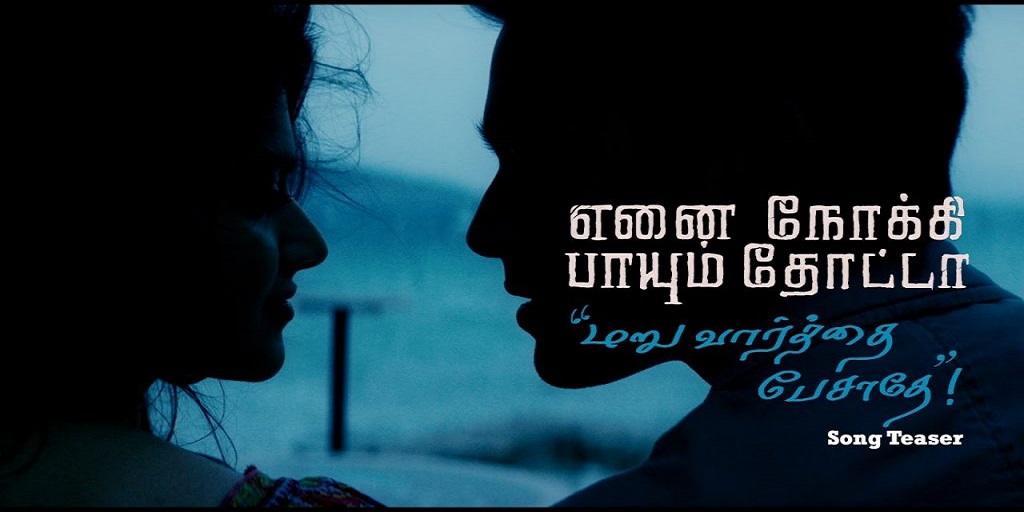 We had seen Ennai Nokki Paayum Thotta Teaser on Dec 24th released by Ondraga Entertain Official Youtube channel, and Now Maruvaarthai Song Teaser has been released. It is a Love track, and Gautam Menon showcased Dhanush in his trademark style. It is still not yet known who scores Music for the Film as it is not revealed in the teaser. It is expected either Harris Jeyaraj or A.R.Rahman will be scoring the Music. Rumours are saying Dhanush scored Music for this film but nothing confirmed officially. We have to wait for the official confirmation from the unit to know who had scored the music. Watch the Song Teaser below