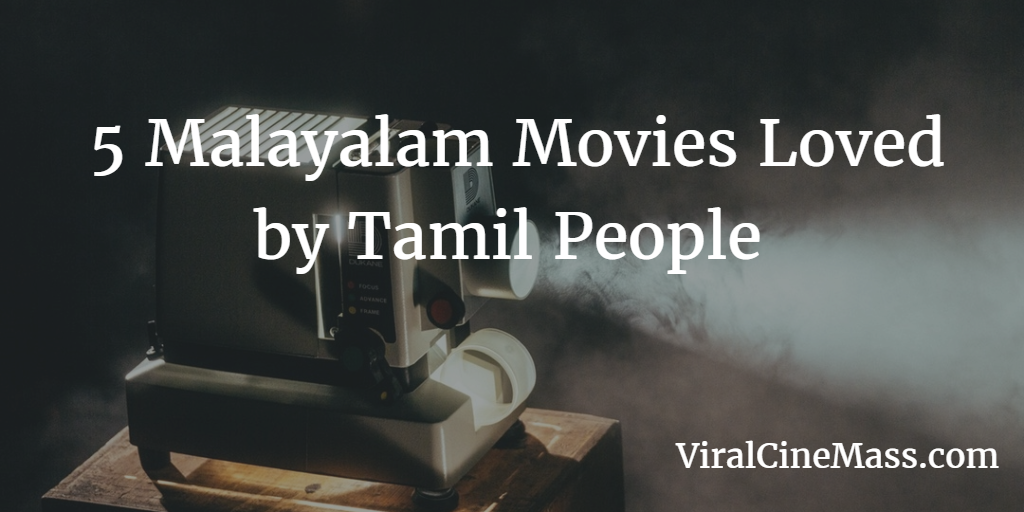 Ennu Ninte Moideen was directed by R.S. Vimal which is the First Film for him as a Director. And he did an excellent Job as a Director and Writer. The story is about Moideen (Prithviraj Sukumaran) who belongs to a distinguished Muslim family & Kanchanamala (Parvathy) who is the daughter of a Hindu Thiyya aristocratic landlord. Since inter-religious marriages were a taboo then, the couple had to part ways as their families objected to their love affair. Whether they succeeded in their Love or not is the Story. The Film is set during 1960’s in Mukkam, Kerala. Big Kudos to Cameraman Jomon T. John who did a great job. Enne Ninte Moideen became Super Hit in Kerala. It was Well received among Tamil Audience as well. The film did a Fair collection in Chennai & Coimbatore Box Office. Watch the Trailer Below.

You can Buy this Movie DVD from Here

Drishyam was acted by none other Malayalam Super Star Mohanlal & Actress Meena and Film was Written and Directed by Jeethu Joseph. This Movie Became a Blockbuster after an extended period for Mohanlal, Critics and Audience both Loved this Movie and fetched lot of awards in Best movie Category and for Mohanlal Performance.It became Super Hit Chennai Box Office as well. Later Movie was Remade into Other Languages like Tamil, Telegu, Kannada & Hindi.KamalHassan Remade in Tamil as Papanaasam which was a BlockBuster too. In Hindi,  it was Remade by Ajay Devgan and in Telegu Venkatesh did it. Even if you take All time best Malayalam movies this movie will definitely hold top place which is why it is one of best Malayalam movies loved by Tamil people.

The story is about Mohanlal’s daughter goes to a school trip, Where her school mate blackmailed her with a video of her that he had captured during the school trip while changing the dress. In the course of events, he is accidentally killed by Rani (Meena) and Anju (Mohanlal’s daughter). Georgekutty(Mohanlal) on returning home is appraised of the events and thus begins a cat and mouse game as the murdered person is the son of IG Geeta Prabhakar (Asha Sharath) and Prabhakar (Siddique). How the family weathers the storm that ensues during the investigation of the crime forms the rest of the story leading to an intensely satisfying and unexpected climax.You can watch the Trailer below

You can Buy this Movie DVD from Here